A study in depersonalization

Depersonalization.
A fragmentation in ones sense of physical self and a sense of estrangement from the body.
Graffiti
Posted by Tony White at 8:09 PM 25 comments:

This post will not make sense unless you have read the previous two before it.

The previous post on a model for trauma debriefing relates to only one type of trauma. That is either single incident trauma or an ongoing trauma that has since ceased.

Single incident trauma is just that, a single incident. Examples may be an abduction, serious car accident, airline or train accident, an assault or rape, or some life threatening incident such as a terrorist bombing. Usually these are unpredictable, occur quickly and then end in a relatively short space of time. That is they do not continue over weeks or months or years. It is not uncommon to get clients with this type of traumatic experience presenting for treatment. 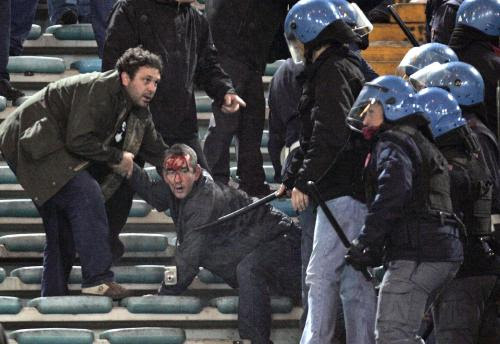 Indeed the research indicates that it is best to begin the debriefing process within 72 hours of the event occurring, if that can be arranged. If the debriefing does not occur within 6 weeks then it is seen that the personality adjusts and incorporates the traumatic reactions into it. Thus the reactions become ego syntonic and do not remain ego dystonic and thus they are harder to remedy. 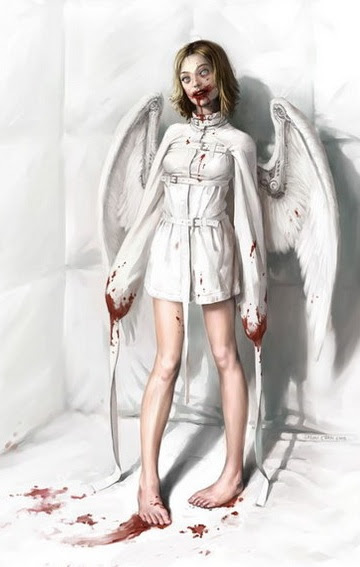 Examples of this may include ongoing legal battles, marital problems, bullying, imprisonment, difficult pregnancy, protracted life threatening illness, political harassment and can occur in some occupations such as in the military, the police or the ambulance service.

The model described below is relevant for these ongoing trauma periods as long as it is definitely over. For instance the person has left the military, the marriage is over, the baby has been born healthy, or the legal battles or bullying have ended. One can then set about resensitizing the Free Child again using the model described before. 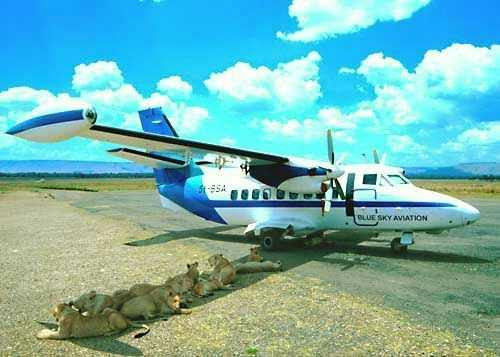 Not uncommonly however a therapist will be dealing with a client who is in the middle of a series of traumatic events and not at the end of it. Such as employees who are sent for counselling because they are on stress leave from work. In such circumstances the therapist is not suggesting trauma debriefing. Even if they did it would not happen because the Free Child of the client simply will not go there. As mentioned before the FC has partitioned itself off and it simply will not even consider coming out of hiding until it sees that the environment is no longer threatening like is has been. 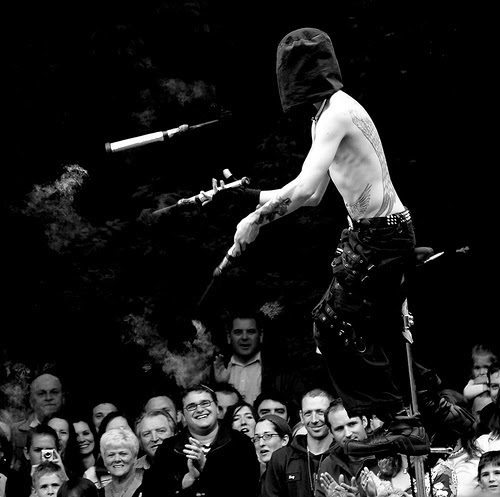 The Transactional Analysis explanation of trauma reaction is that the Free Child ego state hides away. When an individual is confronted with something especially repugnant, shocking or horrifying the FC gets over loaded and it copes by withdrawing. 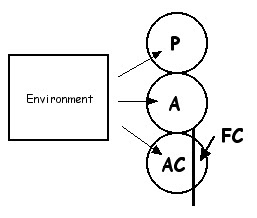 This diagram is meant to indicate that the FC gets partitioned off in the personality. It is hidden away from the environment and thus the sensitive parts of it don’t have to deal with any future ‘shocks’ that may come.

This permits the person to desensitise. When the FC hides away the person is desensitising to their environment especially to those circumstances that the person found very unpleasant. It is these sensitive emotions and aspects of the FC that hide away and thus the person becomes less ‘sensitive’. 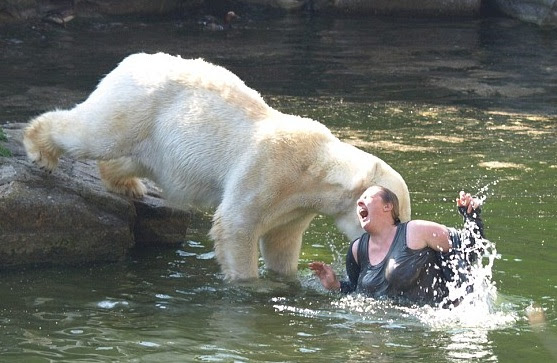 Desensitisation makes what is emotionally abnormal become emotionally normal. For instance a soldier in a combat zone may have considerable painful emotions when he kills his first person. After he has killed ten people then his emotions about killing are far less dramatic and painful. This is because his FC has been partitioned off and he has desensitised to killing which allows his Child ego state to be much less sensitive about it. Thus what was once emotionally abnormal for him becomes emotionally normal.

Desensitisation is usually portrayed as a negative kind of process as we hear phrases like “children desensitising to violence” and so forth. However it is a normal psychological process and indeed has a positive purpose. If the soldier did not desensitise then in a short space of time he would emotionally collapse and simply could not function. He would psychologically breakdown and be rendered incompetent and inept. Such desensitising allows him to function and survive the traumatic episodes. 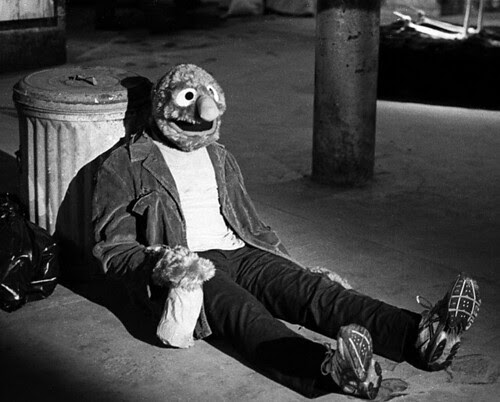 The problems occur when the degree of desensitisation is too intense or too protracted. If the partitioning off is strong and goes on for too long then the individual will begin to psychologically breakdown. They get a thing called PTSD which means the following happens to them

Persistent avoidance of stimuli associated with the trauma (e.g. inability to talk about things even related to the experience, avoidance of things and discussions that trigger flashbacks and reexperiencing symptoms fear of losing control)

Significant impairment in social, occupational, or other important areas of functioning (e.g. problems with work and relationships.)

If the FC is partitioned off for too long then the personality begins to collapse in the ways just described. Desensitising is a positive process in the shorter term but without the Free Child getting its basic emotional needs met in the longer term then humans will begin to fall apart. Trauma debriefing allows the person to once again emotionally resensitize and thus the symptoms of PTSD diminish.

This model is primarily for use with non current ongoing trauma or very recent trauma (less than 4 months old). With very recent trauma one needs to use a different therapeutic approach
1. Use the facts and feelings technique as a method to open up the work and get the debriefing or grieving process moving. Usually no more than 5 to 6 sessions would be needed for this

2. Behavioural contracts that are relevant to the trauma. Assess trauma and changes in behaviour and thus make the relevant contracts. 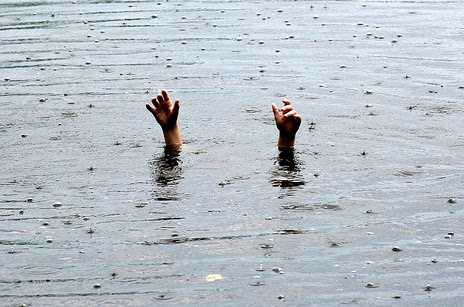 4. Identify the body script correlates using the tensiongram technique. This can assist the the facts and feelings process and the life script decision process.

5. Identify secondary gain of the client. This will exist to some extent and on occasions will play a significant role.

Agoraphobic woman controlling her husband whom she feels insecure in her relationship with. As she became more and more house bound she discovered that she by and large could keep tabs on him. He had a job where he was out and about on the road most of the day. When ever she needed something done that involved going out of the house he would have to do it for her. It allowed her to gain more control and power in her marriage. So the agoraphobia is unlikely to be cured unless one also deals with the relationship problems. 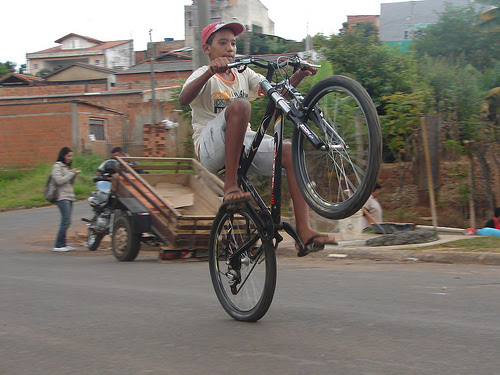 The most common type of secondary gain is with the stroke deprived person. When one is bereaved, depressed, suffers panic attacks and so on most often others will respond with some kind of Nurturing Parent response. They will be kind and caring and giving and understanding to the person and their ‘illness’. If the person is from a stroke deprived background where they got very few positive strokes then this will be most appealing. They discover that their neurosis brings them this love and kindness they have craved their whole life. Thus one needs to deal with the stroke deprivation as much as the depression or panic attacks.

A recent example of a client I was working with. Her son had died a few years ago and she stated:

The secondary gain is that the emotional pain gives a connection with the deceased. The Child ego state can kind of trick itself that the person is kind of not dead if they can still feel the pain for him.

In such circumstances one needs to change the usual process in the ‘Goodbye work’. This work is where the person emotionally and cognitively says goodbye to the ‘lost’ object. That maybe a loved one, a pet, an item such as a house or a car, or a job, a limb and so forth. Any animate or inanimate object that the person has formed a psychological attachment to.

The usual process is for the person to express the feelings about the loss and the object. There is usually an array of emotions and these get expressed in a number of sessions in a variety of ways. The final point is when the feelings are dealt with and then the person is in a position to make the cognitive shift and accept the fact that the person is gone forever. This is the Child ego state cognitively accepting the facts, not the Adult ego state acceptance. 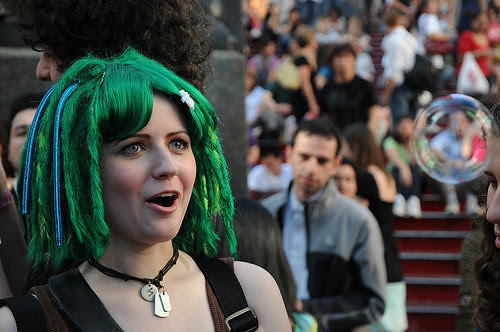 The problem with the secondary gain expressed above is that it is the pain that keeps the connection in the first place. So doing the usual goodbye work would increase the problem. The release of emotion usually will reduce the psychological connection to the deceased but in this instance it could be increasing it or at least supporting the connection. One would need to reverse the usual process and do the cognitive acceptance (a least to some degree) before the emotional release. 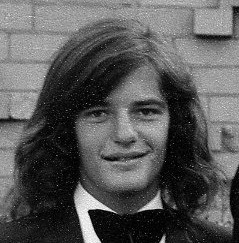